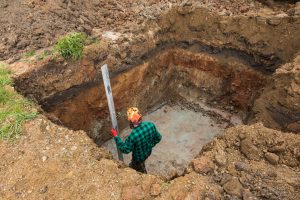 Survival and protection from the unknown can come in many forms. One of those is an underground bunker. Whether it is fear of bombs, protection from attack, or escape from a pandemic, the bunker may be the best hope that many people have for survival in the event of a crises or emergency.

History has shown that prepared individuals generally survive longer and live a better life during an emergency than those who are not prepared. Preparation can include protection against war, nuclear attack, an EMP blast, or coronal mass ejection. Many individuals also fear radiation, tornadoes, terrorism, and social collapse. Others claim UFOs and zombies are a threat.

No matter what you believe the next crises will be, being prepared typically includes a security shelter filled with emergency rations. The shelter is most often underground, and although the size differs from individual to family unit, the reason for the underground bunker is almost always security from the unknown.

Modern shelters can be as small as a foxhole or as large as a fully laid out house, but they are all designed to help you and your family survive an unforeseen event. Usually filled with food, water, medical equipment, and clothing, the bunker is intended to keep your family safe if you need to abandon your home due to an emergency. This often includes a safe place to sleep, which can be the greatest comfort of all.

Depending on individual needs, the underground bunker can be built in your backyard, under a garage floor, or out of town on the property you own. Shelters can include heaters, cooking appliances, and monitoring systems. They can also contain an air filtration system, electricity, and even running water. To find out what is available in your area, contact a contractor and find out what other survival enthusiasts are building around you. The contractor can help you establish what type of bunker you need, and then help you build it.

Get a Free Estimate!